Since last week, the MATIC/USDT pair has been consolidating in a short range, reflecting high volatility in the market. However, this consolidation shaped into a pennant pattern, offering a recovery opportunity for traders. However, the coin traders should wait for a genuine breakout before positioning them into the marker.

The potential rally may push MATIC price to the $1.3 mark
The 20 and 50 day EMA flipped to a viable support
The intraday trading volume in the MATIC is $1.56, Billion, indicating a 25.3% loss 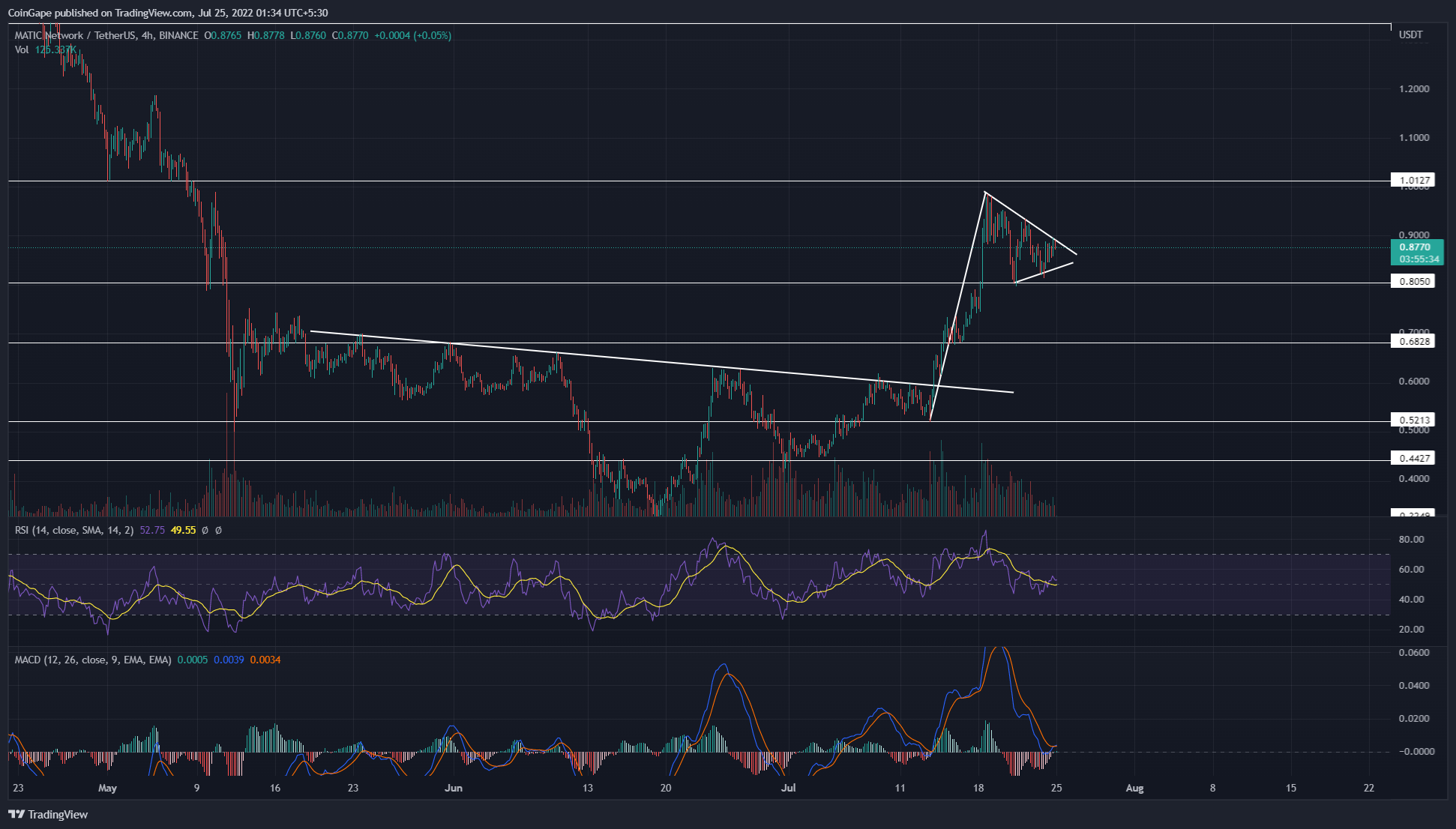 On July 14th, the MATIC/USDT pair gave a bullish breakout from an inverted head and shoulder pattern. This reversal pattern accelerated the ongoing recovery rally and surged the altcoin 61.2% higher to a record high of $0.97.

Following a sharp recovery, the MATIC price has been consolidating between $1 and $0.8 since last week, indicating uncertainty among market participants. However, in the 4-hour time frame chart, this consolidation revealed a pennant pattern.

In theory, this bullish continuation pattern signals the resumption of a prevailing trend when the price breaches the overhead trendline.

However, the MATIC price reverted from trendline resistance and initiated a bear cycle, indicating the price may continue the consolidation for a few more sessions.

However, the MATIC price should eventually breach the resistance trendline in response to the pennant pattern. Furthermore, calculating the pattern’s pole length from the breakout point, the potential rally may surge 50% higher to hit the $1.3 mark.

Relative Strength Index: the RSI slope is wobbling around the neutral line, which indicates neutral bias. However, the indicator value is currently moving above the midline and 20-SMA, indicating the buyers possess an upper hand.

MACD indicator: the fast and slow line barely managed to revert from the neutral zone, indicating the bullish momentum persisted. Moreover, a bullish crossover among these lines may offer an additional confirmation for them.