Some of the top Metaverse coins, such as MANA, GALA, and AXS, have witnessed a significant downfall during the past two months. However, this overextended selling across the majority crypto market has brought the interest of potential buyers back to the market, leading to a minor uncertainty among the retail traders.

Anyhow, this consolidation could bring some great entry opportunities for interested buyers as we go through their price behavior. 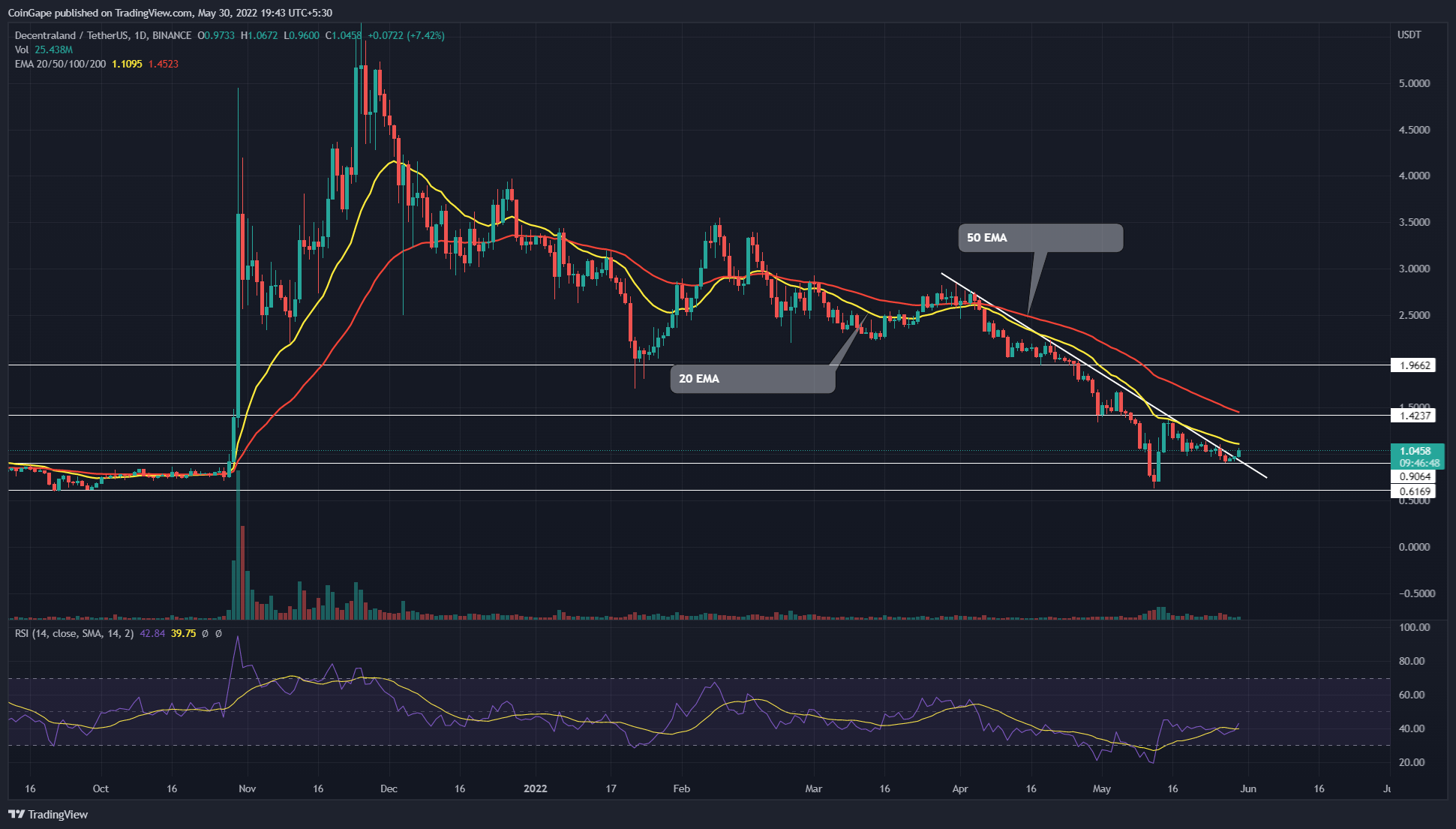 For the past two months, the Decentraland(MANA) price gradually falling under the descending trendline influence marked a low of $0.63. The downtrend displayed a 77.6% loss concerning the high of March 31st($2.85).

Amid the ongoing uncertainty in the crypto market, the MANA price walked a lateral path and gave few more restest to the overhead resistance trendline. However, today the altcoin witnessed an 8% jump on the intraday level and pierced the descending trendline.

A daily candle closing above the breached trendline could drive the MANA price 90% higher to the $2 psychological mark. 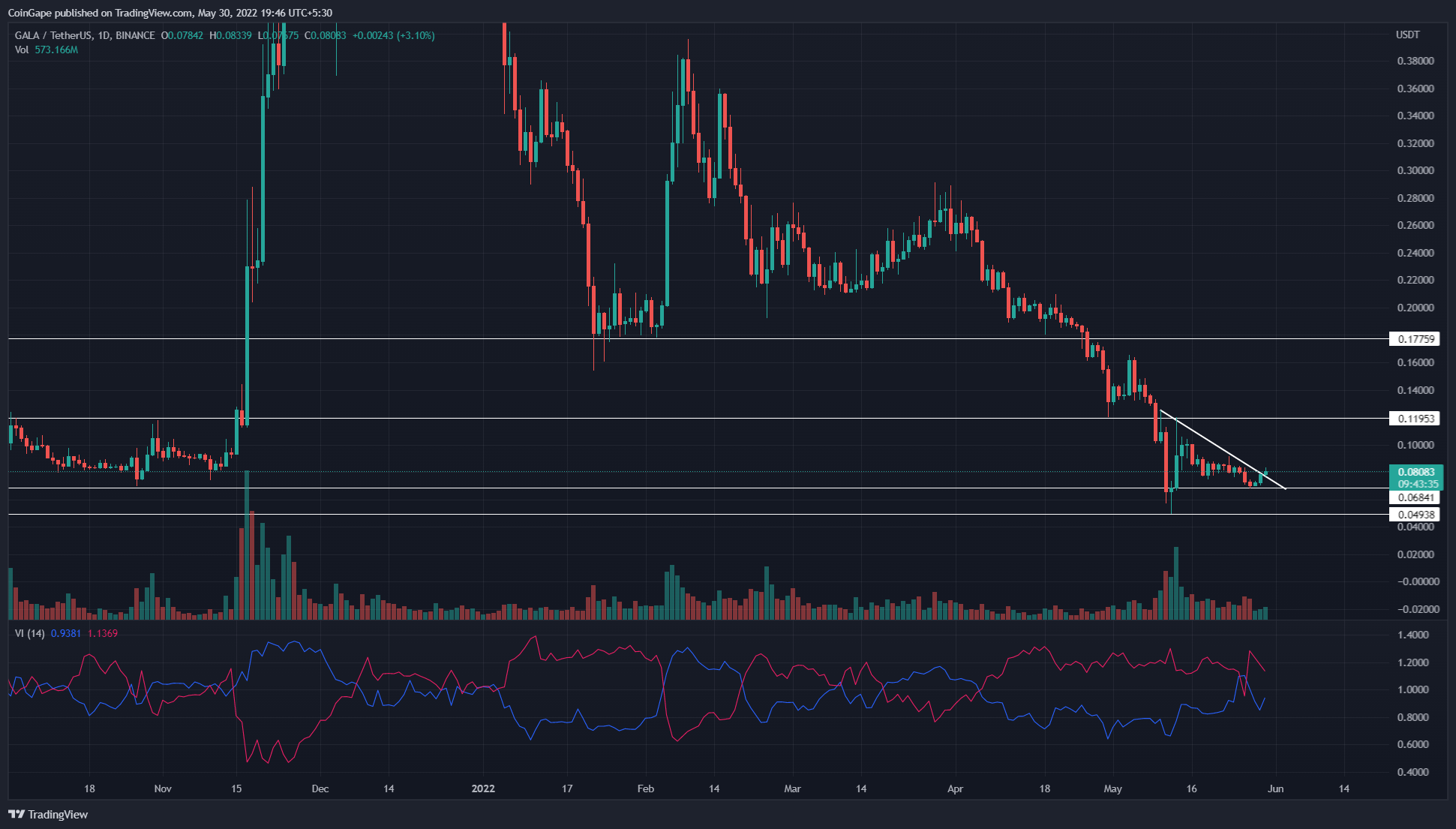 After a steady downfall of two months and eight straight red candles on the weekly time frame chart, the GALA price started the new week on a bullish note. However, this downfall has discounted the altcoin by 83% as it reached a low of $0.0494.

Furthermore, the two-week consolidation in GALA price has responded to a short descending trendline, limiting the bullish activity to a specific range. However, the altcoin has surged 7% in the past 24% hours, teasing an upside breakout from the resistance trendline.

The expected retest could offer an entry opportunity to interested traders, with their first target at a 50% high of $0.12.

Vortex indicator- the VI+ and VI- slope nearing a bullish crossover may assist buyers in reclaiming the resistance trendline. 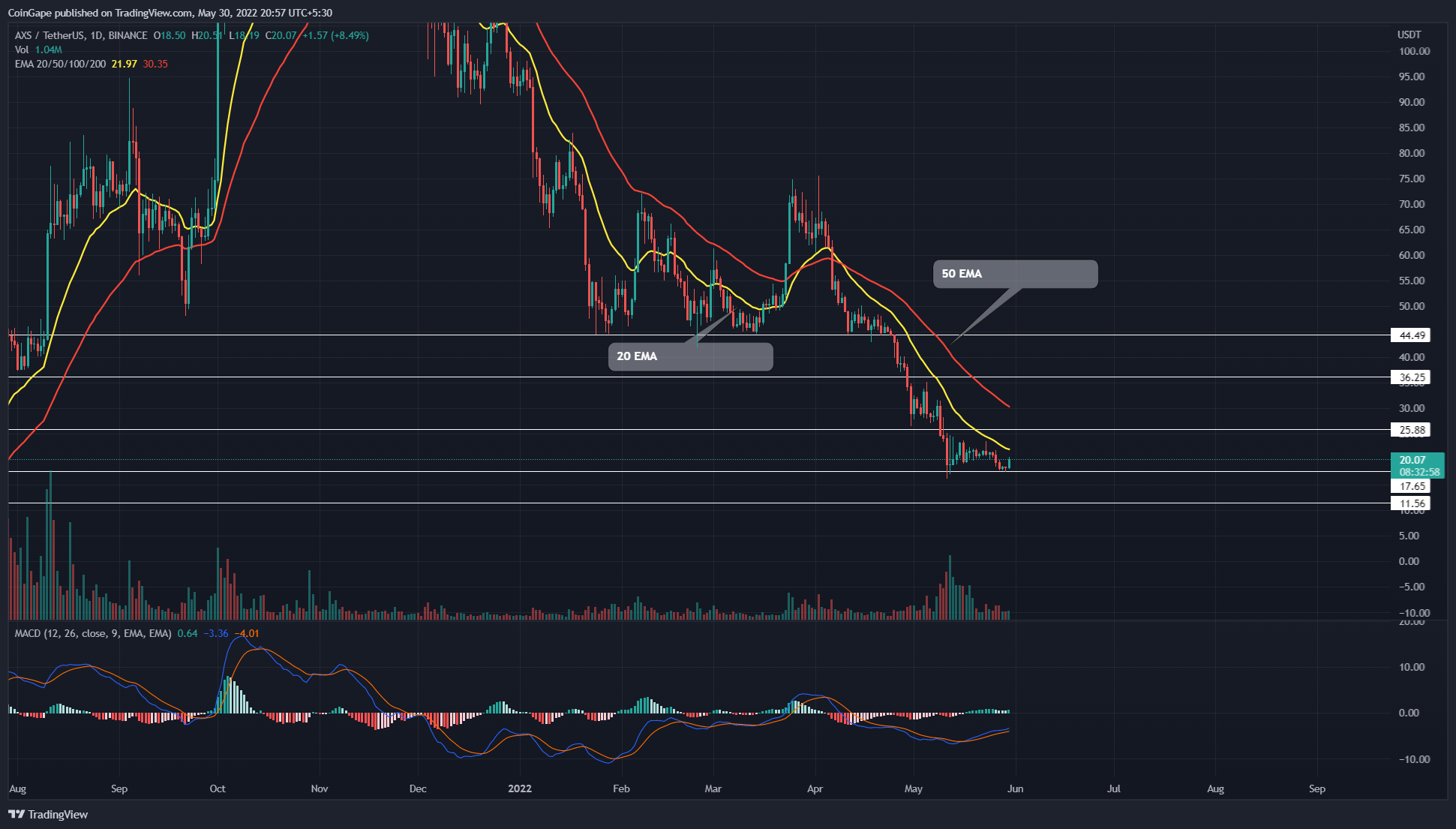 The Axie Infinity(AXS) buyers vigorously defended the $44.5 support from late January to April. However, the increasing selling pressure across the crypto market triggered a bearish breakdown from this support on April 25th.

The resulting downfall plunged the AXS price to a low of $17.16, indicating a 64.% loss. Furthermore, for the past two weeks, the coin buyers have showcased multiple failed attempts to surpass the overhead resistance of $25-$26, forming a minor consolidation.

However, the AXS price bounced back from the $17.65 support and showed an intraday pump of 8.2%. The altcoin currently trades at the $20 mark and aims to rechallenge the $26 resistance.

If buyers succeed in breaching this resistance, the long traders can expect their target at the $35 or $45.5 mark.

MACD indicator: A steady rise in the MACD and signal reflects supports the possibility of a $28 breakout.

The post MANA, GALA, and AXS Tokens Are On 8% Rise; What’s Next For These Metacoins? appeared first on CoinGape.