As Bitcoin (BTC) scaled to a new all-time high (ATH) of $66,952, some analysts had noted that it was not a matter of if but when the benchmark cryptocurrency would breach its previous record of $64,800 set in mid-April based.

Bitcoin has been enjoying a significant upward momentum and was hovering around $66,359 during intraday trading, according to CoinMarketCap.

Market analyst Lark Davis suggested that the bear trap experienced in the BTC market might be over. He said:

“Bear trap over, you know what comes next!” 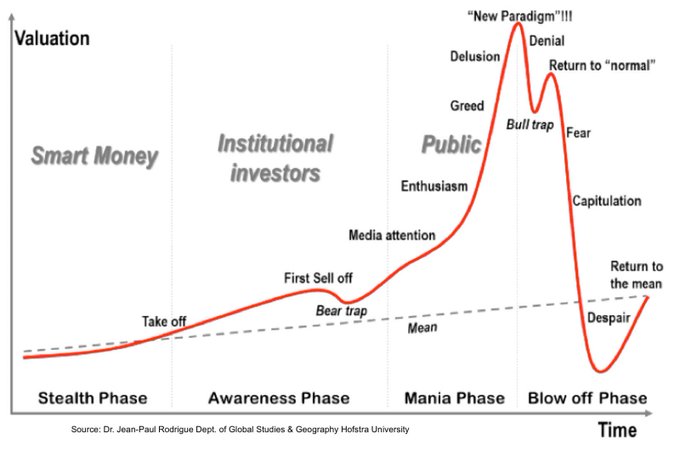 After a bear trap is encountered, a bull run follows.

Santiment believes that a surge towards a new ATH price has been propelled by an increase in address activity and rising circulation. The on-chain metrics provider explained:

“Bitcoin has hit a new AllTimeHigh of $66,952, making history for the first time since the last ATH on April 14th. Sentiment is predictably rising, and important metrics like rising circulation and address activity played a big role in this milestone.”

Santiment has previously stated that more than 1 million active BTC addresses were being witnessed daily.

According to consultancy & educational platform Eight:

“BTC is testing its old ATH for support. If we bounce from here some levels to keep an eye on are around 75k, 87k, and 96k, derived from recent price action using the Fibonacci retracement tool.”

The founder of Capriole Investments, Charles Edwards, recently noted that Bitcoin’s price might go parabolic for the next one to two months, given that BTC’s MVRV z-score reclaimed the 3.0 position. This indicator suggested the existence of substantial accumulation by new buyers between the $50K and $60K range.