The two-month consolidation in TRX price resulted in the sellers’ favor as the they pierced the $0.063 support. This breakdown should encourage the ongoing correction and plunge the price to the next supply zone at $0.00576; should you enter a short position? 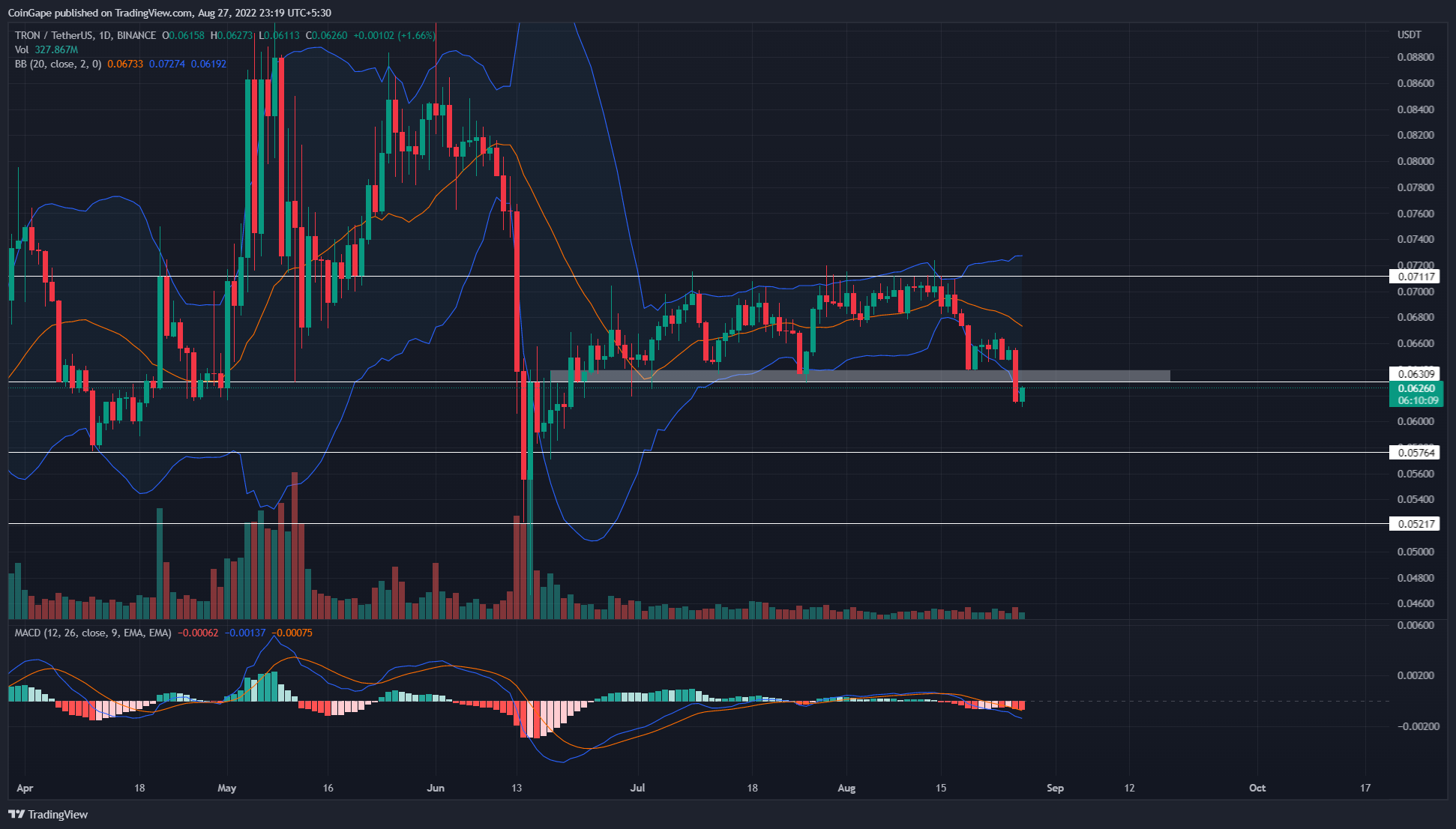 A range-bound rally from the TRX/USDT pair lasted for around two months, where the price kept wobbling between the $0.071 and $0.063 barriers. During this period, the buyers made numerous attempts to surpass the $0.071 mark, but the long-wick rejection candles indicate the sellers are pretty active at this resistance.

Thus, with the recent sell-off in the crypto market, the TRX price gave a massive breakdown from the $0.063 support. The increased volume activity during the breakdown indicates the sellers are ready for a leg down.

Moreover, the TRX price is 1.8% up today, and test the breached support for potential support. Furthermore, the reduced volume activity in the green candle suggests the lesser interest on the buyers’ side, supporting the same thesis mentioned above.

Thus, if the coin price manages a daily candlestick closing below the $0.063 mark, the resulting downfall may tumble prices 8.2% down to hit the $0.057 mark.

On a contrary note, if the buyers push the altcoin above the $0.063 mark, the bearish thesis will get invalidated. Thus, the aggressive short-sellers trapped in this fakeout breakdown will get force liquidated and bring in more buying orders.